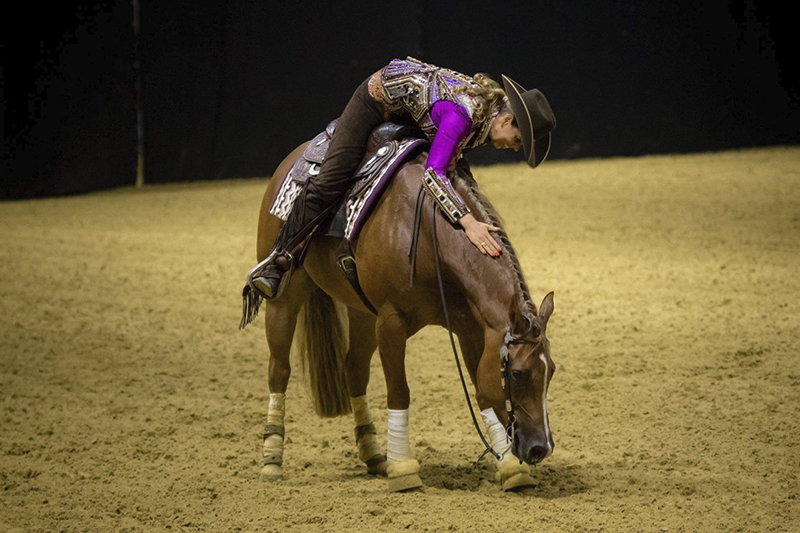 19/09/2021 – The international field of entries of the NRHA Belgium Open Futurity for 3&4-years-old concluded yesterday in Lier (BEL) counted 42 entries in total of which 19 entries in L4, 25 in L3, 28 in L2 and 15 in L1. The competition was kind of unfair, because both 3- and 4-years-old may be shown on 2 hands. The first exciting moment was the entry of Cira Baeck (BEL) and the 4-year-old mare Oak Lilith Sixty Six [Inferno Sixty Six] owned by Maria Cecilia Fiorucci, ridden on 1 hand. A powerful and beautiful performance rewarded with a 223,0 score. No one even came close to that except Baeck herself, being the last entry with the 4-year-old mare Americasnextcovrgirl [Walla Walla Whiz] owned by Fiorucci as well and ridden on 1 hand. Perfection and power in the spins, perfect circles and above average stops, rollbacks and back-up: score 224,5. A more than justified L4 Futurity Champion- and L4 Reserve Futurity Champion title for Baeck. Posting a 219,0 step 3 on the L4-podium was fora long time reserved for Kim Obenhaus (GER) and the 4-year-old mare Gunnabeadancingstar [ARC Gunnabeabigstar] in owned by Joelle Tyrant, but was given away to Bernard Fonck (BEL) and the 4-year-old stallion CDS Shine McQueen [Shine Chic Shine] owned by 7 Heaven Reing Horses. Obenhaus did claim both the L3- and L2 title though. The L3 co-Reserve Champion title went to Czech Jonáš Bujnoch and the 4-year-old mare PL Not Trashy [Gunnatrashya] owned by Petr Julina and Italian Stefano Ferri and the 4-year-old stallion SF Boominic [Rooster Nic] owned by Martina Smirova. Bujnoch also claimed the L2 reserve title and L1 title. The L1 reserve title was for German Lena Maas and the 4-year-old stallion Arnels Spat Olena [Spat Olena] posting a 216,0. 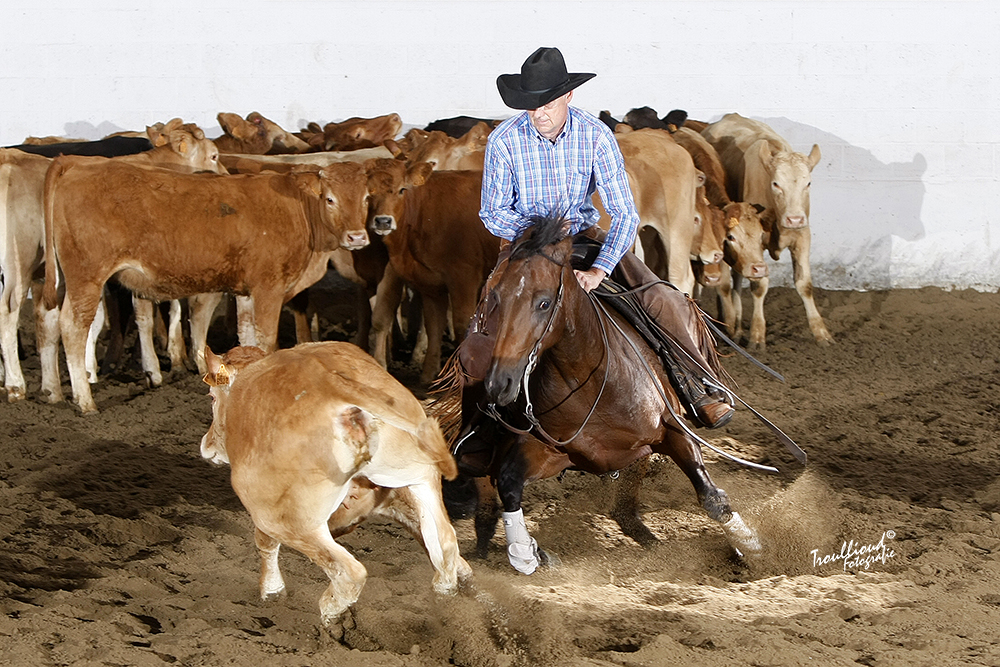