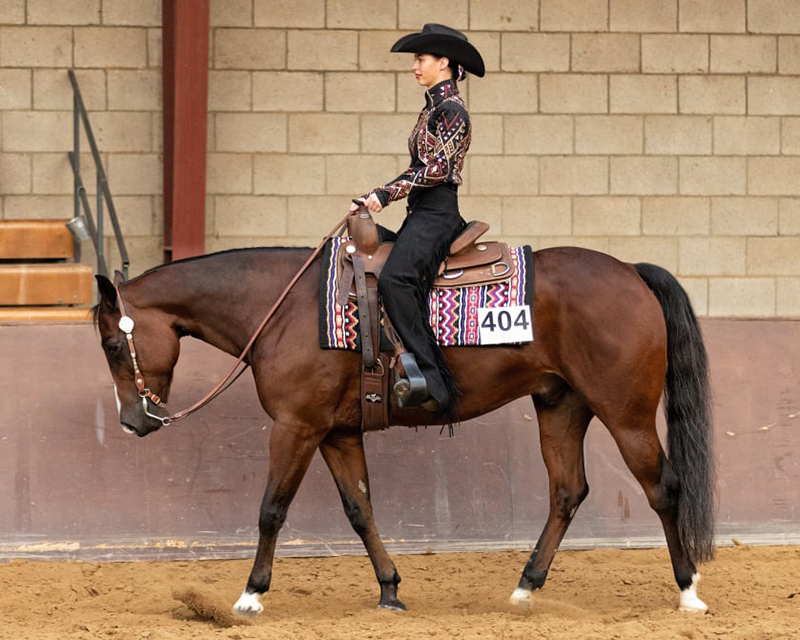 19/07/2021 – The NQHA/AQHA Dutch Championship 2021 for Quarter has been concluded. The double judged championship was characterized by the many foreign entries, especially from Belgium and Germany. In the end, the majority of the titles and medals crossed the border. A prime this year was that titles and medals could be won in NQHA (national, not AQHA approved) as well. Despite of the fact that riders have had very little opportunities to prepare their horse(es) during the past year due to COVID-19 restrictions, some of them did not appear to have lost their competitiveness, like, e.g., Viola and Robyn Barkey with the 11-year-old gelding Badgers Lucky Boots [VR Too Badgerchex]. Mother and daughter claimed 3 golden-, 3 silver and 1 bronze medal. Apart from that Robyn was crowned All Round Champion Amateur under both judges. Another nice example is Hunter Queen Meinou de Ruyter with her 11-year-old gelding Bandedo Dancer [Hotroddin Invitation]. Once again she claimed gold in all the Hunter under Saddle classes. In the Youth division Jenthel Louise Desmedt took a ride on Bandedo, resulting in the gold medal as well. And just like them, there were more riders claiming multiple titles. The medal overview can be viewed here.
The next NQHA/AQHA show is scheduled for August 1 at Manege Olympic in Uden (NLD).