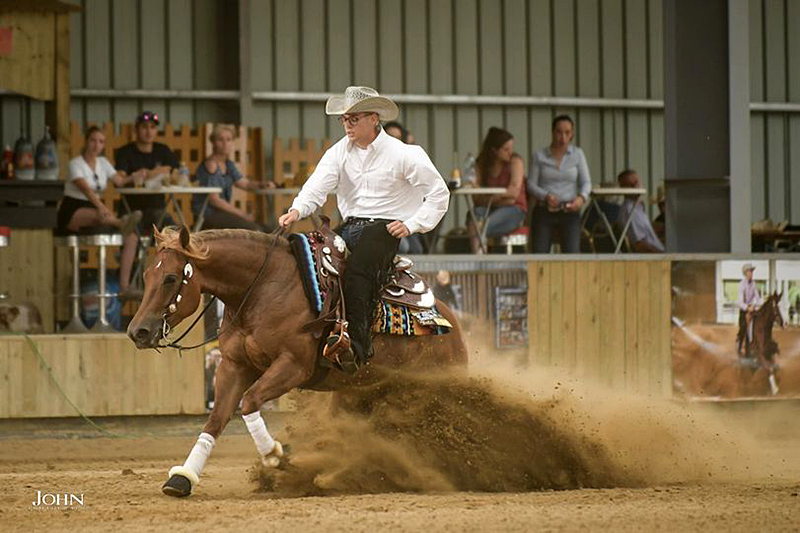 19/06/2021 – In a field of 25  entries Dutch Tiara van Dongen and the 12-year-old stallion Mr Gun WR San Jo [San Jo Freckles] owned by Marleen claimed the title in the $ 5.500 added NRHA Intermediate Open class of the Get Back In The Saddle show currently running in Le Pin (FRA). The pair posted a 217,5. Only half a point behind were Italian Stefano Ferri and the 6-year-old stallion UB Electric [Electric Code} owned by Bo Ranch, claiming not only NRHA reserve honors, but also the title in the NRHA-F Intermediate Open class run class in class.
Run class in class as well were the NRHA- and NRHA -F Rookie Professional classes. Posting a 211,5 Belgian Edouard Winne and the 4-year-old mare Shinersdancingvoodoo [Shiners Voodoo Dr] owned by Jana Mroszewski claimed the title in the NRHA class. . Earlier in the competition Winne tied for 2nd place in the NRHA Limited Open class together with Van Dongen. Something to be proud of: Winne has prepared the mare all by himself and this was the first show she was ridden one-handed.
De last class of Friday was the $ 6.500 added NRHA Non Pro class counting 28 entries. Marking a 217,0 Swiss Stephanie Blessing and the 5-year-old mare Dance Gotta Gun [Spooks Gotta Gun] claimed the title. Reserve honors as well as the title in the NRHA-F Non Pro class run class in class were for Jayden Feichter and the 10-year-old stallion Wimpys Little Chees [Wimpys Little Step] marking a 215,0. 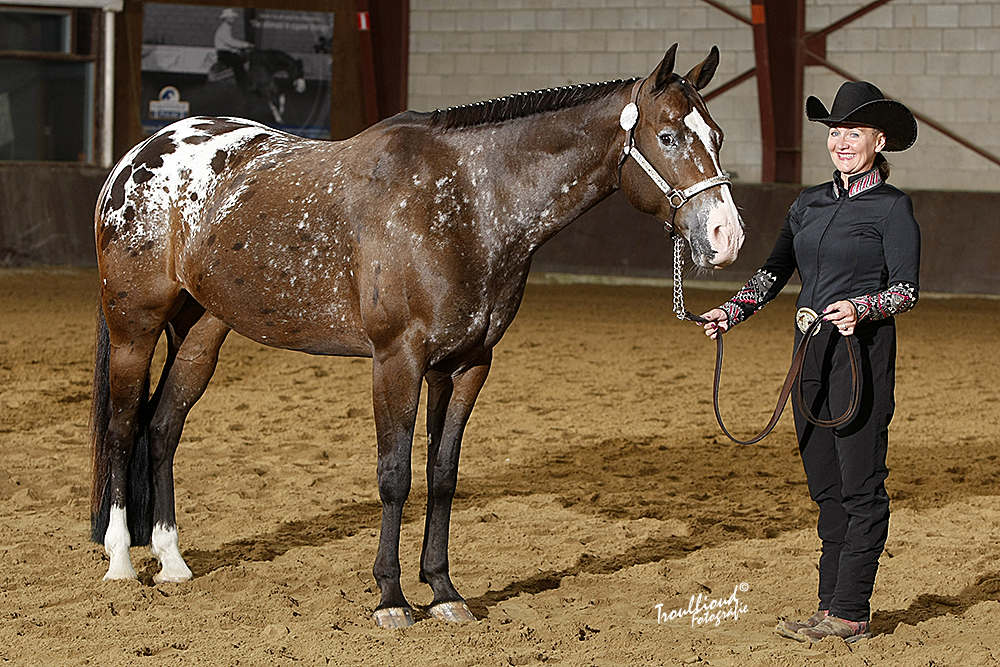