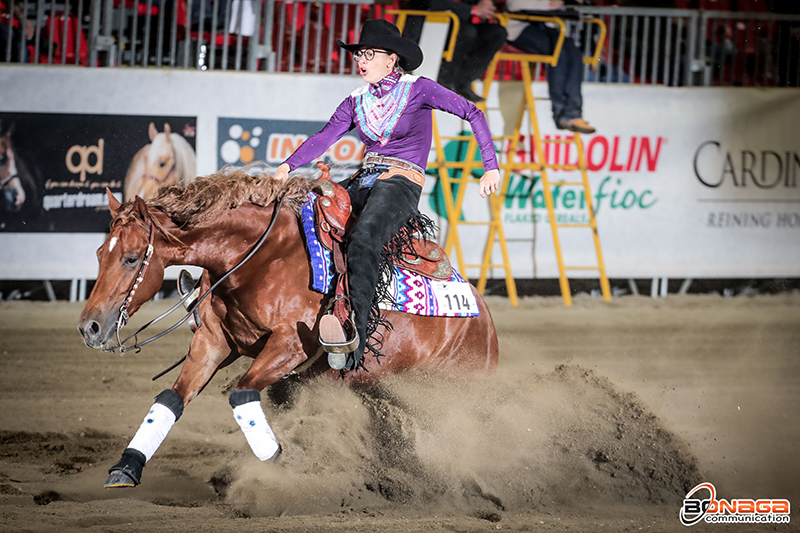 23/05/2021 – The field of entries in the Non Pro finals of the IRHA Futurity 2020 for 3-year-old horses (4-year-old by now) concluded in Cremona (ITA) was as expected mainly Italian. Big winners of the competition are without any doubt Valentine Monti and Valentina Baby Pale [Pale Face Dunnit x OT Lucky Highway Baby]. The mare is out of a mare owned by Monti and is bred, raised and trained by herself. Monti qualified for both the € 51.000 added L4-, € 26.250 added L3, € 11.250 added L2 and € 7.500 added L1 finals. The performance in the finals was not especially strong, but well performed stops and rollbacks resulted in a 213,5 bringing along the L4 co-Reserve Futurity Champion- and the L3-, L2- and L1 Futurity Champion title. The L4 reserve title was shared with Gina Maria Schumacher (GER) and Bubbles On Ice [SG Frozen Enterprize]. Fabio de Iulio and Gunnaroostya [Gunnatrashya] claimed the L4 Futurity Champion title posting a 214,5.
Both the L3- and L2 reserve title went to Martina Baldelli and Frozen Taco [Elvis Peppy Taco] posting a 213,0; the L1 reserve title to Vittorio de Iulio and Mr Magic Chex [ARC Magic Enterprise] posting a 211,5
Belgian Emmalee Penha and Waves Under The Moon [What a Wave] qualified for the L3- and L2 finals. Penha posted a 209,0, placing 5th in both L3 and L2. 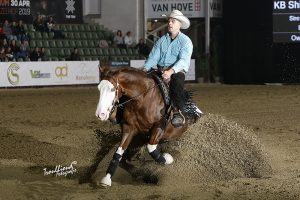